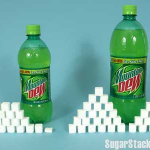 Some items are definitely an acquired taste and there is no doubt that the flavor of Mountain Dew soda’s falls within that classification.  Taste is personal, but ignoring the effect of ingredients on the body is universal to anybody.  Recently, a man named Ronald Ball from Wisconsin filed a $50,000 lawsuit against PepsiCo from his experience of finding a rat in his Mountain Dew soda.  He claims that he sent the dead mouse he found in the soda to PepsiCo as evidence, but he says the company destroyed it.  Regardless of the truth, drinking a soda like Mountain Dew screams ill-health issues.

Even more fanatical than the man’s claim is that the PepsiCo is speaking publicly that it is impossible for the man to have found a mouse in his Mountain Dew soda because the acid in the drink would have transformed the mouse into a “jelly-like” substance.  That is a ramshackle defense, however, that notwithstanding, the regular ingredients of Mountain Dew actually has the ability to convert flesh to jelly, which is primarily done by the element brominated vegetable oil (BVO), a chemical banned in Europe.  PepsiCo needs it to stabilize the combining of two non-blendable substances.  It serves as an emulsifier keeping fat-soluble citrus flavorings suspended in the drink, giving it that cloudy look.

Mr. Jones is a marketing strategist with the Southland Partnership Corporation (a public benefit organization), sharing his view on mismanagement practices of packaged foods & beverages.

Robert H. Lustig, MD, UCSF Professor of Pediatrics in the Division of Endocrinology, explores the damage caused by sugary foods. He argues that fructose (too much) and fiber (not enough) appear to be cornerstones of the obesity epidemic through their effects on insulin.

Sugar: Elephant in the kitchen

Ashley Gearhardt is a clinical psychology doctoral student at Yale University exploring the possibility that certain foods may be capable of triggering an addictive process. She examines cognitive and neural processes associated with symptoms of food addiction. Series: Food and Addiction: Environmental, Psychological and Biological Perspectives

Neal Barnard MD discusses the science behind food additions. Willpower is not to blame: chocolate, cheese, meat, and sugar release opiate-like substances. Dr. Barnard also discusses how industry, aided by government, exploits these natural cravings, pushing us to eat more and more unhealthy foods. A plant-based diet is the solution to avoid many of these problems. Neal Barnard is the founder of the Physicians Committee for Responsible Medicine (PCRM).